Nature and time are interwoven in a breathtaking work of art.

Grand Seiko has long pushed the boundaries of mechanical watchmaking and given Swiss stalwarts a run for their money. The pioneer of the Spring Drive movement, an innovative combination of mechanical craftsmanship and quartz efficiency, Grand Seiko has won itself multitude of fans, but also cemented its legitimacy with numerous awards, including its most recent accolade, the Men’s Watch prize at the prestigious Grand Prix d’Horlogerie de Geneve in 2021.

Its winning entry was the Grand Seiko Hi-Beat 36000 80 Hours SLGH005, designed with the white birch trees of the Hiraniwa Plateau in mind. Its meticulously crafted dial echoes the patterns of the trees while the Caliber 9SA5 movement takes the timepiece to new levels of precision, beating at 36,000 vibrations per hour.

From traditional homes with ingenious structures that regulate the temperature based on  the seasons to beautiful Zen gardens that relax the mind and spirit, it’s evident that Japanese design always seeks to balance function and form.

At Grand Seiko, the brand adheres to a similar design philosophy.

Known as Evolution 9 Style, the philosophy sees nine elements of the watch – from dial to case – stemming from three core design principles: Evolution in aesthetics, evolution in legibility and evolution in wearing comfort. All these principles are present in the latest Grand Seiko timepieces, including the SLGA009 Spring Drive 5 Days Caliber 9RA2.

Of the nine elements, two are inherited from the original Grand Seiko aesthetics while four are gradual evolutions since. The two inherited elements are the flat dial and curved profile of the watch case, a long appreciated look for Grand Seiko.

Elements that have evolved over time with Grand Seiko watches are the double or greater width indices at 12 o’clock, deep middle grooves on all indices, a multi-faceted minute hand that reaches the minute track with a differentiated hour hand shape, as well as a multi-faceted case – a flat upper surface with a hairline finish that contrasts with a distortion-free flat mirror finished surface.

Three of the nine are brand new elements. First, a lowered centre of gravity on the case followed by a wider bracelet that is now at least half the case diameter for better proportions. The last element is a thicker bracelet, providing better comfort when wearing a Grand Seiko.

At first glance, what stands out most about the SLGA009 is its understated elegance. The dial is almost a contrast because of the great attention to detail – that is, if you look closely. Intricately textured and recalling the beauty of the Shinshu birch forest, it makes the perfect canvas for the sleek Dauphine hands and tempered blue seconds hand. 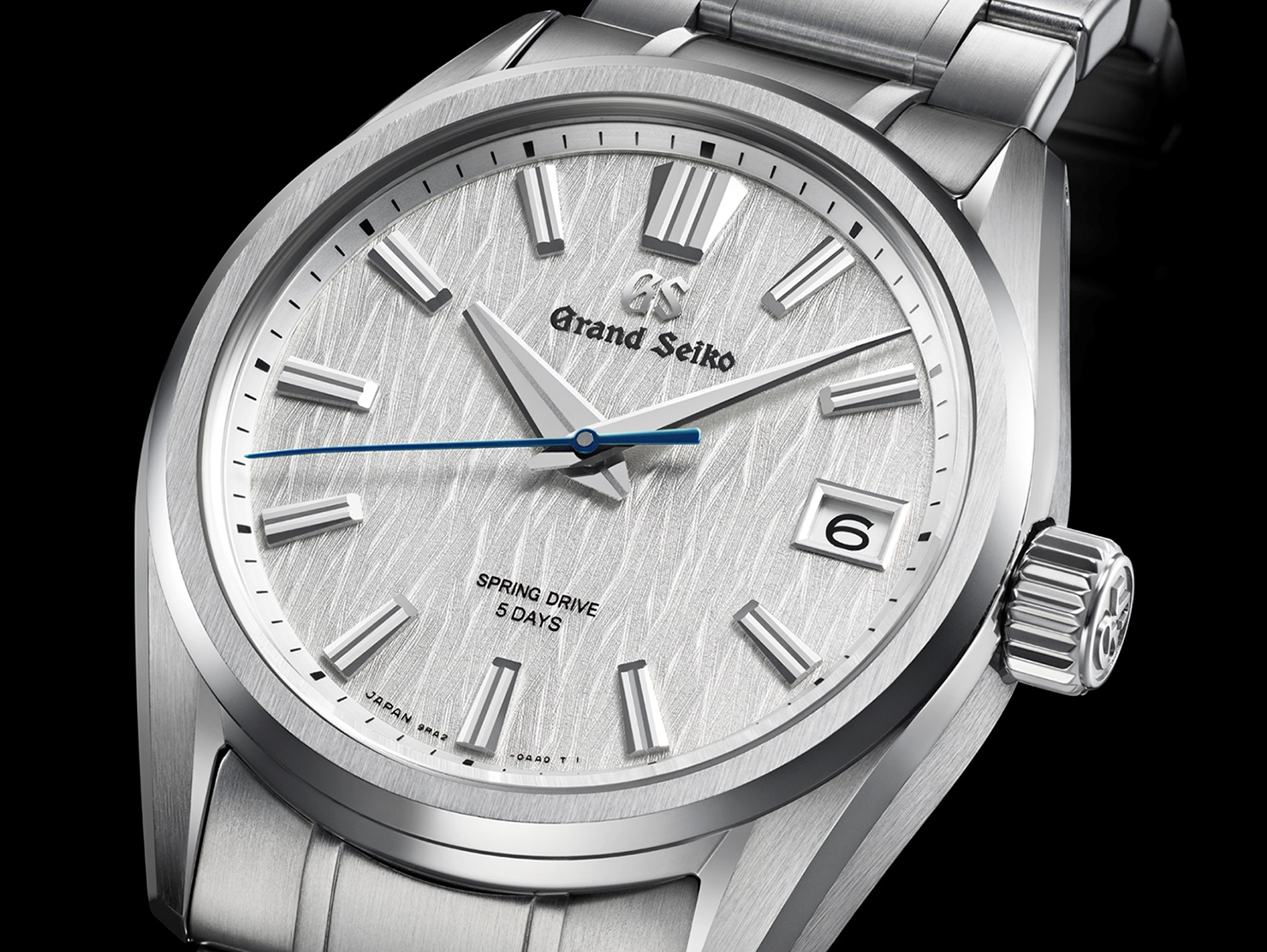 With the minute hand stretching all the way to the minute track, precise reading of the time is guaranteed. This is further enhanced by multi-faceted indices with deep grooves to catch the light.

But it’s not all about how it looks.

With craftsmanship so paramount to all Grand Seiko timepieces, the beauty of the movement is equally important. To complement the white birch aesthetics, the SLGA009 Spring Drive Caliber 9RA2 comes with an exquisite frost finish that pays tribute to the Shinshu forest in winter. 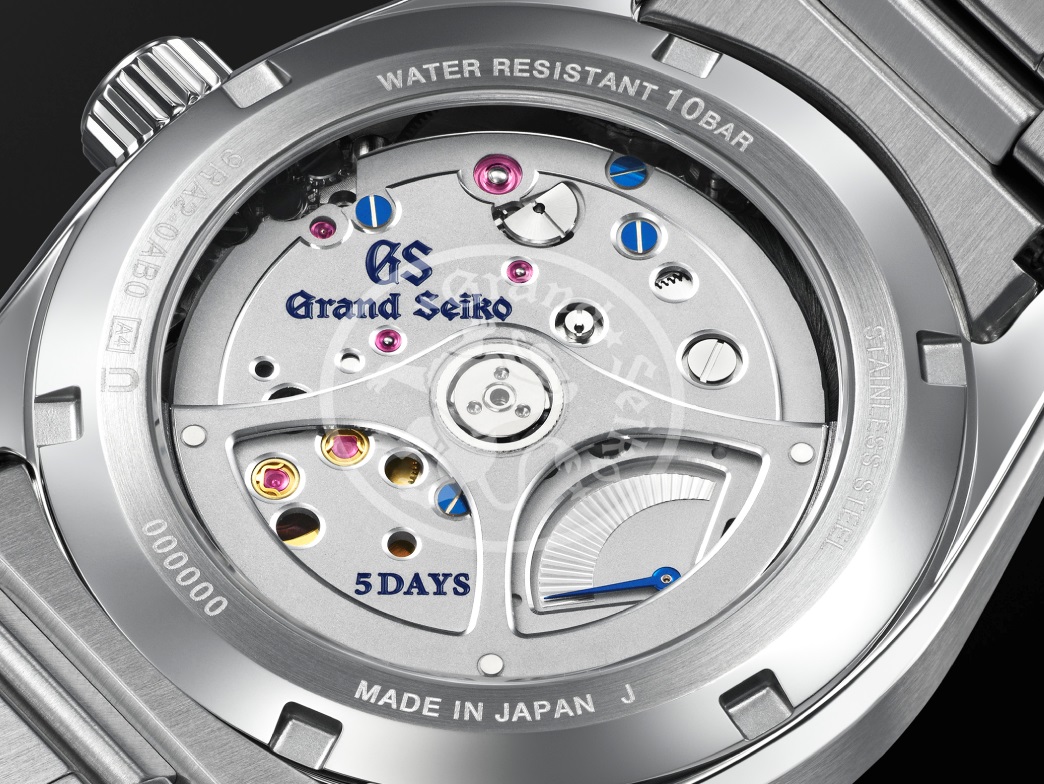 Again, the play on light and shadows is emphasised here, with the bridge lines and hole edges diamond-cut to better reflect the light. Pops of colour are added and a subdued blue power reserve indicator tells you when you’re running low on juice. Just like you would admire the frost-covered forest through a clear window, the delicately decorated SLGA009 can be appreciated through an anti-reflective sapphire caseback.

If you’re a fan of Japanese artistry and meticulous workmanship, the Grand Seiko SLGA009 Spring Drive 5 Days Caliber 9RA2 is certainly a watch that more than deserves its place on your wrist.