From crop to kopitiam, Asia's coffee is facing its biggest threat - climate change 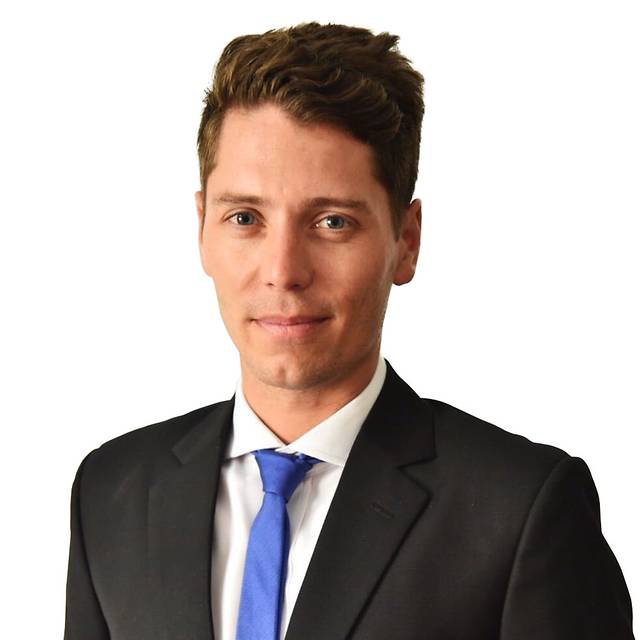 DILI: Wandering through Timor-Leste’s coffee plantations is like being lost in a forest. Across the country, the coffee grows wild and unkept, partially hidden under the sweeping canopies of the crucial shade from trees overhead.

Jorge Lopes stands and watches his young son run through the greenery, a natural playground. But for the 30-year-old farmer, he is not sure if these coffee plants can provide a decent future for his family.

Here in the mountain town of Maubisse, the favourable weather conditions and fertile soil that have sustained quality coffee for generations are fading into memory. The temperature is increasing, driving away the mist that forms at altitude. Rain that used to start falling at the end of November every year is inconsistent and much reduced.

“On the coffee farms, life is difficult,” said Lopes. “I really feel sad about the climate situation because it is really affecting the quality of our coffee beans. We can see that the coffee in Timor is natural, it’s organic and without chemicals. Climate change is hard for us.”

Climate change is slowly making growing coffee in Timor-Leste unsustainable. It is a global theme - coffee cultivation is under threat across the planet. Farmers are hurting already and eventually, experts say, the impact will start to be felt by consumers too.

Around the region, coffee farmers are enduring the toughest conditions they have ever faced. Worse is on the way. In Vietnam, Southeast Asia’s largest coffee producer, fewer areas will remain suitable for growing and water shortages will become more common. In Indonesia, volumes of coffee are already on the decline and quality is forecast to take a hit over the coming years.

While Timor-Leste accounts for less than one per cent of the world’s coffee, few countries are as dependent on the crop. Eighty per cent of Timor’s agricultural exports are in the form of coffee, and apart from oil, it is the largest contributor to the national economy.

The quality of what is grown is what sets this young country’s coffee apart. It is single source and entirely organic. For more than 150 years, through colonialism and conflict, coffee has endured, despite the normal climate conditions for growing coffee in Timor-Leste being challenging.

The country typically experiences more arid conditions than other parts of Southeast Asia as well as shorter wet seasons. Climate change is already exacerbating all of these factors.

In late 2019, when rains should have arrived, providing relief to farmers and growth to newly seeded crops,  extreme drought was impacting all areas of the country, according to monitoring by the United Nations World Food Programme. Last year, the nation’s capital Dili experienced its lowest annual rainfall since 2006.

“We have soil and fertility loss, we have agricultural production problems due to flooding and decreasing rainfall and we also experience drought,” he said. “Communities’ lives and livelihoods are very much affected. There’s no financial or technological capability to adapt.”

Amid diminishing yields, the economics make little sense anymore in Timor-Leste. Farmers’ months of physical labour and painstaking cultivation deliver little: For one kilogram of coffee fruit, they normally receive only about US$0.35.

“In a poor season, it means our farmers and our supply chain struggles. In a good season, they’ll survive. But no one is making a big fortune out of Timor coffee at the moment,” said Bobby Lay, the executive director of one of Timor Leste’s biggest coffee export operations.

His company, Timor Global, has strong connections to Singapore, where it sends approximately 27 tonnes of coffee each year, the vast majority of which ends up in kopitiams - Singapore’s traditional coffee shops. Business is not great right now.

“We expect our yield from the crop this year will be less than last year,” he said. “In Timor’s case, our coffee is still very much grown in its wild condition.  So we’re very much just relying on nature and the natural rain seasons.

"The weather pattern has changed - either we get a much longer dry period or we get unseasonal rain. With unseasonal rain, the coffee is flowering at the wrong time. It’s confusing our trees and also ourselves.

“We are only currently yielding about 15 per cent of production of what it should be. In Portuguese time or my father’s time, Timor had an annual production of 50 to 70,000 tonnes of coffee. Now if we get 10 or 12,000 tonnes, everybody is jumping for joy that we had a good year," he said.

Timor Global operates a 3,000 hectare plantation but also purchases coffee from small plot growers. Lay has seen firsthand the cost pressures that have fallen on them, worsened by climate change.

“The motivation and initiative for them to continue to stay on the land and produce the crops, especially for the younger generation, is not there. Eventually over time, if it continues, there will be a breakdown, a separation and there won’t be any farmers that are still willing to work the coffee,” he said.

Jorge Lopes has already been questioning his future. “Coffee can only be harvested once per year and given the price, we’re maybe better off going to work somewhere else, like building the roads or other construction projects. We can make more money doing that and save our time,” he said.

Some of the forecasts for the future of the 25 million coffee growers around the world are alarming. A report by Australian think tank the Climate Institute in 2016 found that climate change would halve the area suitable for coffee production around the world.

Much of the pain will be borne by developing nations. But there will be an inevitable impact on people’s lattes in developed countries too, according to Michael Hoffman, an entomology professor at Cornell University.

“There are major problems causing extensive losses around the world. This is a pretty big deal, impacting local producers - many, many are very small scale -  all the way through to the corporate headquarters at Starbucks,” he said.

“There are predictions that the price of coffee will increase. I know for some varieties that has already happened. Ultimately in the future it could be very different.

“We’re talking about the whole planet changing and with one crop, it’s hard to predict. But there are going to be incremental price increases in the coming decades. I can’t see anything otherwise.”

For Timor-Leste’s coffee farmers, there are few solutions to help them defend their livelihoods. Norberto Soares, a grower working on generational land in Railaco says diversifying away from monocultures is important, but the climate is affecting everything in the ground. He sees others turning away from coffee and trying their hand at more lucrative crops like vanilla.

“We worry. Some farmers now are not taking care of their coffee. They just leave it. They don’t clear it,” he said. “Coffee is the flavour in this country, but the price we get for coffee at the moment is not.”

Others like Mariano da Costa Alves, considered a young rising star of Timor’s coffee scene, are looking at small improvements to growing and processing techniques. Ameta, as he is known, wants to take advantage of the fourth wave of coffee movement - a demand for fair trade, high quality and organic specialty coffee - and is yielding astounding results.

Much of the country’s coffee trees are ageing and so too are the methods that farmers continue to use on their land. Ameta is bringing new knowledge to try and improve these processes, including simply planting more trees. In just a few short years, the 27-year-old has won prestigious coffee awards in Timor-Leste and is exporting his beans directly to hip cafes in Australia.

“We cannot fight against nature. But we have to be thinking about having protections for what we’re doing,” he said. “I hope Timor-Leste can increase the quality and raise our hand to say that we’re here. So everyone looking for specialty coffee will come to Timor-Leste.”

Prof Hoffman says that coffee lovers should be more aware of where their morning cup comes from. With that comes a greater chance of understanding and support for actions to reverse the damaging impacts of climate change.

“It’s important to appreciate the hand that touched that coffee berry at the beginning of the food chain, to realise the changes that they’re facing, let alone along the chain to get it into the cup in your hand,” he said.

“The point is to simply raise awareness that our food is changing and that we’re all in this together.”