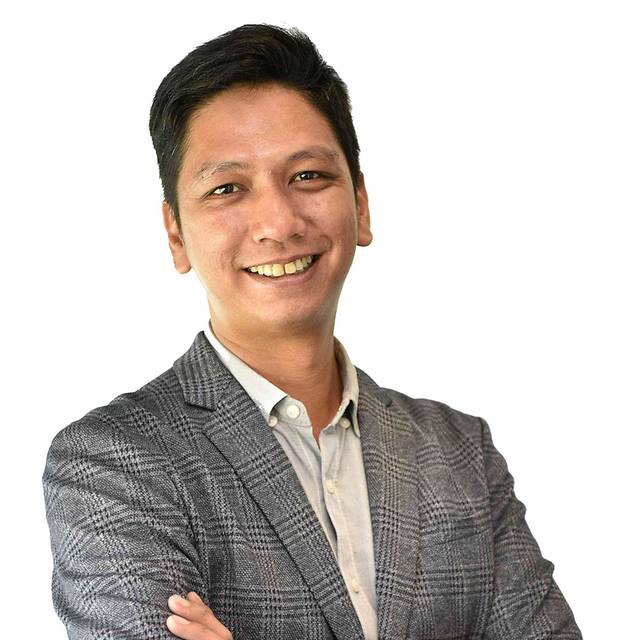 JAKARTA: Ray Andree had thought that the month of March would be the busiest time of the year for Indonesian mural artists like him.

Ramadan - when demand for people to break fast at hip eateries is usually high - was nearing. He expected a lot of jobs from cafes and restaurants looking to attract Instagram-loving customers with colorful works of art and installations.

But the COVID-19 pandemic and Indonesia’s large-scale social restrictions measures -  which mandate children to study at home and ban eateries from serving dine-in customers - put these projects on hold, costing artists their livelihoods.

For weeks, Andree stayed at home with nothing to do but watch the news of how fast COVID-19 spread across the country.

The 40-year-old artist noted that many of those who died were health workers.

He felt uncomfortable about how some Indonesians appeared to take the disease lightly, breaking the social restrictions order by not staying home and refusing to wear face masks.

“I felt that I had to do something,” Andree told CNA. He added that he wanted to contribute in the only way he knows how, by drawing murals.

In late March, Andree reached out to his friends, seeking suggestions for a blank canvas for his creations.

One of his friends suggested a wall near his store in Depok, just south of Jakarta.

The wall separates a busy street and an empty plot of land. It is often passed by motorists and pedestrians en route to a nearby train station.

“It was very strategic and the locals (at the site) supported the idea,” he said.

He decided to depict the coronavirus as a tyrannosaurus rex breaking out of the wall in an unexpected manner.

The dinosaur's presence dominated the composition, obscuring the blue sky. This symbolised how the pandemic was standing between people and outdoor activities.

Images of the virus appeared to spread out of the dinosaur. With a gagging mouth, the beast appeared to be either roaring loudly or ready to devour its prey.

“Beware of COVID-19 ... stay at home” read the text on the upper left corner.

“I imagine the coronavirus as an animal which will eat anyone regardless of who they are. So stay at home and practice social distancing,” he urged.

READ: Ramadan takes on a quiet meaning this year, as COVID-19 restrictions disrupt rituals and gatherings in Indonesia

Andree later posted photos of himself in the process of painting the mural on social media. This prompted his mural artist friends to ask if they could join in as well.

Two weeks later, he and two other artists went back to the same site to paint more murals.

Andree said he was so excited to have his friends for company. He felt motivated to paint a second piece.

In his second work, the artist paid homage to health workers on the front line which he depicts as a doctor in full protective suit with wings of an angel.

The doctor held an unconscious man in one hand, while his other hand fended off a barrage of coronaviruses depicted as meteors coming out of nowhere.

“Thank you, medical workers,” read the text on his second piece “fight COVID-19”, “stay at home”.

At around the same time Andree finished his second work, another mural artist Bayu Rahardian independently had the idea of creating his own COVID-19 themed mural in south Jakarta.

“I was thinking about what a professional muralist like me can do to contribute to society,” the 36-year-old told CNA.

It just so happened that he had extra paint at home leftover from a previous project and the exterior wall of his house was in need of a new coat of paint.

“The wall was dirty and unsightly, filled with graffiti. My house sits on a border between two neighbourhoods, so many people pass it,” he said.

Rahardian said he wanted to keep his messages simple: “wear a mask” and “give extra masks to others”

“They are easy things which many of us can do. I didn't want to convey complicated messages which I myself don’t understand. And the simplest thing we can do at this time of pandemic is to wear a mask,” he said.

“People in my neighbourhood do wear masks. But people sometimes forget and there would be two or three people who don’t. I want my murals to serve as a reminder.”

Rahardian depicted the pandemic as a band of grim reapers, unleashing coronaviruses onto the world. But the viruses appear to leave a mother and her child unscathed, as they were both wearing face masks.

For his second work, which stands directly next to the first piece, Rahardian painted layers of clouds with different arms sticking out, ready to receive a face mask given by one generous hand.

It took him three days to complete his two works. Throughout the process, neighbours with little or no talent for art also lent a hand, while others brought him snacks and coffee.

“The neighbours were very supportive because I am doing something positive for the neighbourhood,” he said.

He said more artists across the city and the rest of the country have made COVID-19 themed murals of their own, be it independently or inspired by the work of others.

“We all felt we had to do something, be it to remind others to practice a healthy lifestyle, to warn people of the dangers of COVID-19 or to express our appreciation for medical workers on the front line,” he said.

Andree also said that at least seven of his personal friends had created murals of their own in various locations across Jakarta and its surrounding suburbs.

Andree said the government should be engaging muralists to promote a healthy lifestyle and encourage social distancing.

“The government should hire mural artists to craft such messages. Not only will it help mural artists who have lost their livelihoods but also because murals are more effective than the social media campaigns or banners the government has been relying on to convey their messages,” he argued.

“People respond to murals better than banners. Banners tend to be ignored. Murals are visually enticing. People can stop and take pictures or selfies and post it on their social media accounts. Thus, many more people can see the message,” he said.

“But perhaps the government is too busy trying to contain the spread of the virus or busy handing out social aid.”

Rahardian said the experience has been rewarding with his mural adding pressure to neighbours who normally go out without a mask to start wearing one. “They feel they are constantly reminded to do so by my work,” he said.

On the other hand, Andree said he has not seen similar success in changing people’s attitudes and behaviour. “Perhaps it is because my work sits on a busy street, so people pass it without really paying attention,” he said.

But it doesn’t mean that the experience has not been rewarding for him.

“I have received messages from medical workers thanking me for my work and said that their friends and families have been forwarding photos of my work to them,” he said.

“I just want the medical workers to feel appreciated through my work and get other people to appreciate them too.”

BOOKMARK THIS: Our comprehensive coverage of the coronavirus outbreak and its developments

Download our app or subscribe to our Telegram channel for the latest updates on the coronavirus outbreak: https://cna.asia/telegram