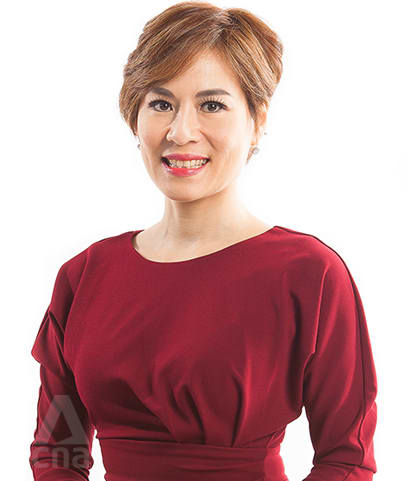 Christine has been the face and voice of English-language television news broadcasts in Singapore since 1995. With the national broadcaster, she was regularly on-air with News5 stalwarts like Duncan Watt, reporting the headlines of the day, from the Hong Kong Handover in 1997, to the passing of Princess Diana and Mother Theresa.

Since New Year’s Eve on 2014, she’s been a broadcast-anchor on Channel NewsAsia, now CNA – reporting on International News & Business. Fronting “First Look Asia” and “Asia Business First” to “Asia First”; “News Now” in all its guises to “Asia Now”.

She is especially proud of having delivered breaking news through that time – the General Elections in Singapore, Taiwan, Myanmar, the Philippines, the US, Malaysia; the Brexit referendum in the United Kingdom on 2016 and all the twists-and-turns since; various editions of the ASEAN Summits and the Trump-Kim Summits (Singapore and Hanoi); the attempted coup in Turkey; Aung San Suu Kyi’s first national address in response to the Rohingya-crisis in Myanmar; milestone meetings of China’s Communist Party and National People’s Congress, together with global address made by President Xi Jinping; the death of Thailand’s king and the coronation of his son.

Christine qualified as a Barrister in England & Wales, and practised in Singapore as an Advocate & Solicitor and as General Counsel, for over 18 years.