Travelling to Italy? For car fanatics, visiting these 3 museums is a must

Ferrari, Maserati and Lamborghini get all the love. But this New York Times writer visited Milan and Turin in search of automotive greatness beyond the usual suspects.

Quickly now: What single word comes to mind when the subject of Italian automobile museums comes up at a cocktail party?

Ferrari. Of course. Or perhaps Maserati. Or maybe Lamborghini. But for the next thousand words or so, put aside those knee-jerk responses. For now, let’s think out of the auto museum box.

During a recent visit to the Italian north, I shuttled between Milan and Turin in search of some automotive greatness beyond what is usually found on tourists’ agendas. Find it I did, at the “other” museums, one celebrating the history of Alfa Romeo and the second at the home of Fiat in the true heartland of the Italian auto industry for more than a century.

A fan of capsule vending machines? Japanese adults love them too

You want red cars? Alfa has rosso in more than a few stunning shades. Technology? Start with Leonardo da Vinci’s self-propelled car from 1478. No time for Porsches? Good. You will not find any here.

Here is a closer look at a pair of destinations that both enthusiasts and un-car people can appreciate, as well as a short stop at Italy’s iconic tire producer, Pirelli.

MUSEO STORICO ALFA ROMEO, Arese. Set in Arese, a Milan suburb, the Museo Storico is a romantic deep dive into 111 years of Italian history, as told through the prism of one of its more fascinating and enduring brands. While the themes of the museum’s layout – Timeline, Beauty and Speed – offer a precise, thoughtful assessment of Alfa’s importance to Italy and its industry, the presence of so much gorgeous sheet metal in a single building is enough to excite passions.

The company was early “to realise that a museum could be an asset for marketing,” said Lorenzo Ardizio, the museum’s director. Initially, it was opened in 1976 only to guests and journalists, but under Sergio Marchionne’s guidance, Storico was refurbished and reopened in 2015 for the introduction of the Giulia sedan. The previous year, Marchionne had engineered the merger of Fiat Chrysler Automobiles. (Fiat had taken over Alfa in 1986.) FCA is now part of the Stellantis group. Yes, it gets complicated.

Regarding the Storico, Ardizio said, “The idea was to create something to attract a much wider public, for people who might not be particularly interested in automobiles.” This is a recurring theme for most automotive museums.

Is it safe to charge my phone overnight? Your battery charging questions answered

All the usual high-tech goodies of 21st-century display formats are here: Multimedia panels, exotic lighting, a giant video wall that traces some of Alfa’s elegiac performances in motorsports. The small 1.5-liter Alfettas won the first Formula 1 world championship in 1950, coming in first, second and third in that Grand Prix season. Alfa’s second-place driver was Juan Manuel Fangio, considered among the most brilliant race drivers ever. The results were reasons to cheer in this race-car-mad nation, whose auto industry had been decimated in the mid-1940s by the retreating Germans and the advancing Allies.

It was the compact Giulietta coupe, with a design influenced by Raymond Loewy, that reignited Alfa in showrooms in 1954. Among the 70 or so cars on permanent display in the proper museum (there is also a closed-to-the-public “workshop” with many historic Alfas), the tidy Giulietta is an awfully precious showoff. Prompted by its success, Ardizio said, the company blossomed after World War II, building up to 1,000 cars a day not so long after it had been turning out only 300 each year.

Recognise that red convertible over there? Many moviegoers will: It is the 1600 Spider Duetto that Dustin Hoffman drove over the Bay Bridge in The Graduate. According to our guide at the Storico, the encyclopedic Eleonora Ventura, the classic 1966 model, designed by Pininfarina’s studio, was “booked” – actually, so were a green one and a white one – on the deck of a luxury liner sailing from Genoa to New York.

“The ship stopped in Cannes at the film festival and took on some actors and VIPs who had the opportunity to drive them on the deck on the trip to New York,” she said. This Alfa – a model that was produced for 28 years – subsequently had “bit parts” in a number of films.

It is worth pointing out that almost all the information displayed beside the cars and in the videos is in English. Ardizio estimates that more than 130,000 visitors passed though the Storico in 2020.

THE NATIONAL AUTOMOBILE MUSEUM, Turin. For American visitors to Italy, Turin is often an afterthought, overshadowed by itineraries heavy on Rome-Florence-Milan-Venice. But for automobile cognoscenti, Turin, Italy’s first capital city before Rome, has a rich history: Lancia, IVECO, Pininfarina, Bertone, Giugiaro and Ghia, magical names in Italian design lore, were all founded here, built around the home of Turin’s industrial megastar, Fiat.

Not surprisingly, the Museo Nazionale dell’Automobile is among the world’s largest dedicated to the car. With legacies so rich built around a collection of about 200 models dating from 1854, one ought to receive a bachelor’s degree in history after spending an intense few hours here. Founded in 1933, the museum was renovated in 2011 and attracts about 200,000 visitors annually, about half of them from outside Italy, said our guide, Felipe Vergara.

The Museo Nazionale dell’Automobile is among the world’s largest dedicated to the car.

Science melds with sport at the museum. One display highlights Formula 1 championship cars driven by Fangio and Michael Schumacher; another lights up the 1854 Bordino steam carriage that wowed the Turinese as it cruised sans horsepower through the city’s narrow streets.

Vergara becomes animated as well about the notably unaerodynamic Italia, a 40-horsepower monster that competed in the notorious 1907 Peking-to-Paris automobile race. The car on display, beaten up and war-torn, is inspiring. There are removable mudguards for water crossings, oversize tanks for gasoline.

“The idea was, is anybody crazy enough to go from Peking to Paris, a trip of 16,000 kilometers?” Vergara asked. “Five teams showed up.”

Meet Noodle, the TikTok pug who decides what your day will be like

The Gobi Desert and Siberia were only two of the obstacles that faced the drivers. Prince Scipione Borghese, a military man, was behind the wheel of the Italia. He rolled the Italia into Paris after 61 days; the second-place car arrived three weeks later. News coverage was prodigious; those who had dismissed the automobile as a fad were humbled.

The museum, for good reason, is inextricably tied to Fiat (Fabbrica Italiana di Automobile Torino, not “Fix it again, Tony”) and its brilliant but politically divisive founder, Giovanni Agnelli. (At one point he was aligned with former Prime Minister Benito Mussolini and at another was put on trial for fraud.) 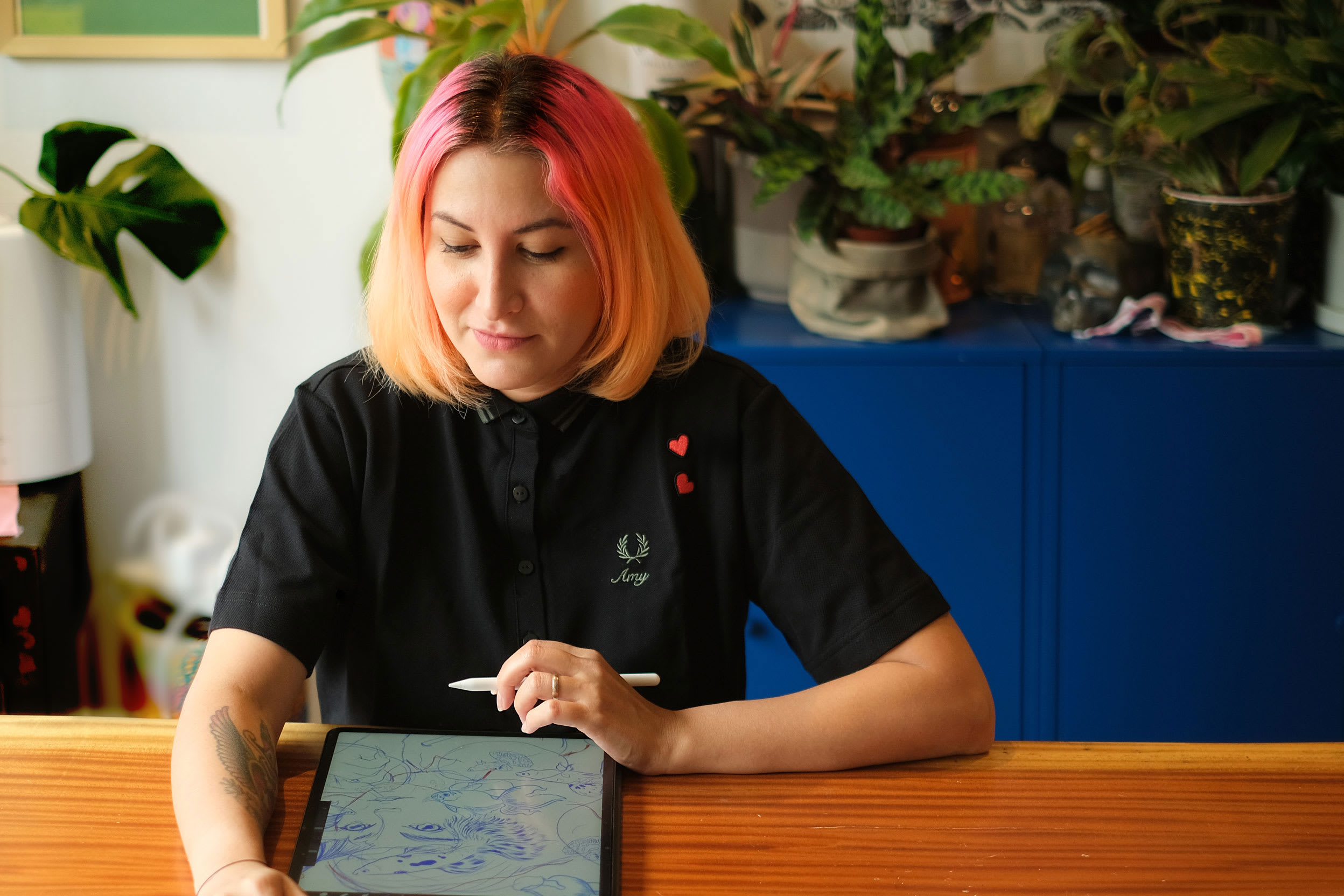 The Singaporean illustrator who brought art into Facebook’s offices

More than once in the last 120 years, Fiat has tipped toward bankruptcy – the brand is practically invisible now in the United States – but its cars are ubiquitous in Turin and at this museum. Particularly notable is the startling red-and-white Turbina from 1954, powered by a gas turbine – in other words, a jet engine. The concept never made series production, but it did make an unforgettable whine at auto shows.

Overall, the museum’s intelligent layout – a chronological journey over several floors – offers a visual narrative of the automobile, from the very beginning: da Vinci’s windup, spring-loaded “car” to the touchstone Jaguars and Ferraris of the present day.

“People come in and say, ‘I wasn’t interested in cars,’ before they got here,” Vergara said, “and after, they realise how interesting it gets.”

PIRELLI FOUNDATION MUSEUM, Milan. Who knew that tires could foster a museum? But, rather than sheet metal and fuel injection, the Fondazione Pirelli in the center of Milan is sustained by rubber.

An Italian institution, Pirelli traces its influence though decades (it turns 150 next year) and beyond just tires, although motorsports fans are familiar with the brand because Pirellis are the only tires allowed in Formula 1 racing. The displays at the foundation – including paintings, films and Pirelli’s collection of ultrasophisticated advertising posters – emphasise the company’s work to propagate art and culture among its workforce. (In 2017, the Orchestra da Camera Italiana performed a concert inside a Pirelli plant.)

There is pride of place here as well for the notorious Pirelli Calendar. The full-color, oversize calendars – called “the Cal” – became cult items in the 1960s and ’70s, featuring glamorous women in various states of undress. When easy nudity fell out of favor later, the calendars became more art and less Playboy.

There is also an extensive archive of historical documents and articles if your interest in Pirelli is more academic. Students and researchers are allowed access by arrangement.

This article originally appeared in The New York Times.