New York City is preparing its most aggressive campaign to lure them back quickly – in time to salvage, if it can, the end-of-year holiday season.

As New York City struggles to revive its economy from the devastation wrought by the pandemic, one key element is still missing: Big-spending foreign tourists.

Before the coronavirus arrived, the city was flooded with record numbers of visitors from Europe, Asia and South America. They filled hotels, restaurants, Broadway theaters and museums, spending billions of dollars and fueling a surge of jobs for local residents.

Now that the federal government has decided to open the country’s borders to vaccinated visitors on Nov 8, New York City is preparing its most aggressive campaign to lure them back quickly – in time to salvage, if it can, the end-of-year holiday season.

While visitors from across the United States have streamed back, the absence of foreign tourists has left a gaping hole in the city’s economy because they tend to stay longer and spend more money.

Although many New Yorkers are sometimes cranky about tourists, visitors have played a critical role in the city’s jobs growth. The tourism industry has created an important pipeline of middle-income jobs, economists say, the vast majority of which do not require a college degree.

Before the pandemic, tourists spent US$47 billion (S$63.37 billion) annually and supported more than 280,000 jobs, according to official estimates. About half of that spending came from international visitors, although they accounted for just 20 per cent of all visitors.

This year, the city’s tourism agency forecasts visitor spending of abouUS$24 billion, half of the 2019 total.

Now, the agency plans to spend US$6 million on an international campaign themed It’s Time for New York City in eight countries. Already, it is switching the message on billboards in London and a few other cities from “New York City Misses You Too” to “New York City Is Ready for You.”

Fred Dixon, CEO of NYC & Co, said it would still take years to regain all of the lost tourism, but the campaign could help. “There is an enormous amount of pent-up demand, and people are anxious to travel again,” he said.

Many New York businesses and workers say their survival depends on the robust return of international visitors.

“We’re hoping the city tries to bring back these international tourists, because they’re our lifeline,” said Mohammed Rufai, an immigrant from Ghana who sells tickets in Times Square for a double-decker bus tour of Manhattan. “We need them.”

Rufai, 45, said he could earn US$200 a day before the pandemic, more than 70 per cent of it from sales to tourists from England, Mexico and other parts of the world. He now struggles to make half that.

“You cannot ask people to ride if there are no people here to ask,” he said.

The lack of tourists during the pandemic ravaged the city’s hotel industry, causing dozens of them to close – several permanently – and putting thousands of people out of work for more than a year.

Some, like the Hilton in Midtown, the city’s biggest hotel, reopened this month in anticipation of an increase in tourism spurred by the return of Broadway shows and the holiday shopping season.

The performing arts and hospitality industries also suffered steep losses and rampant unemployment without the usual flocks of tourists. Hundreds of restaurants in New York City closed for good during the pandemic, and the unemployment rate in the city is still 10.2 per cent, compared with 4.8 per cent nationally. 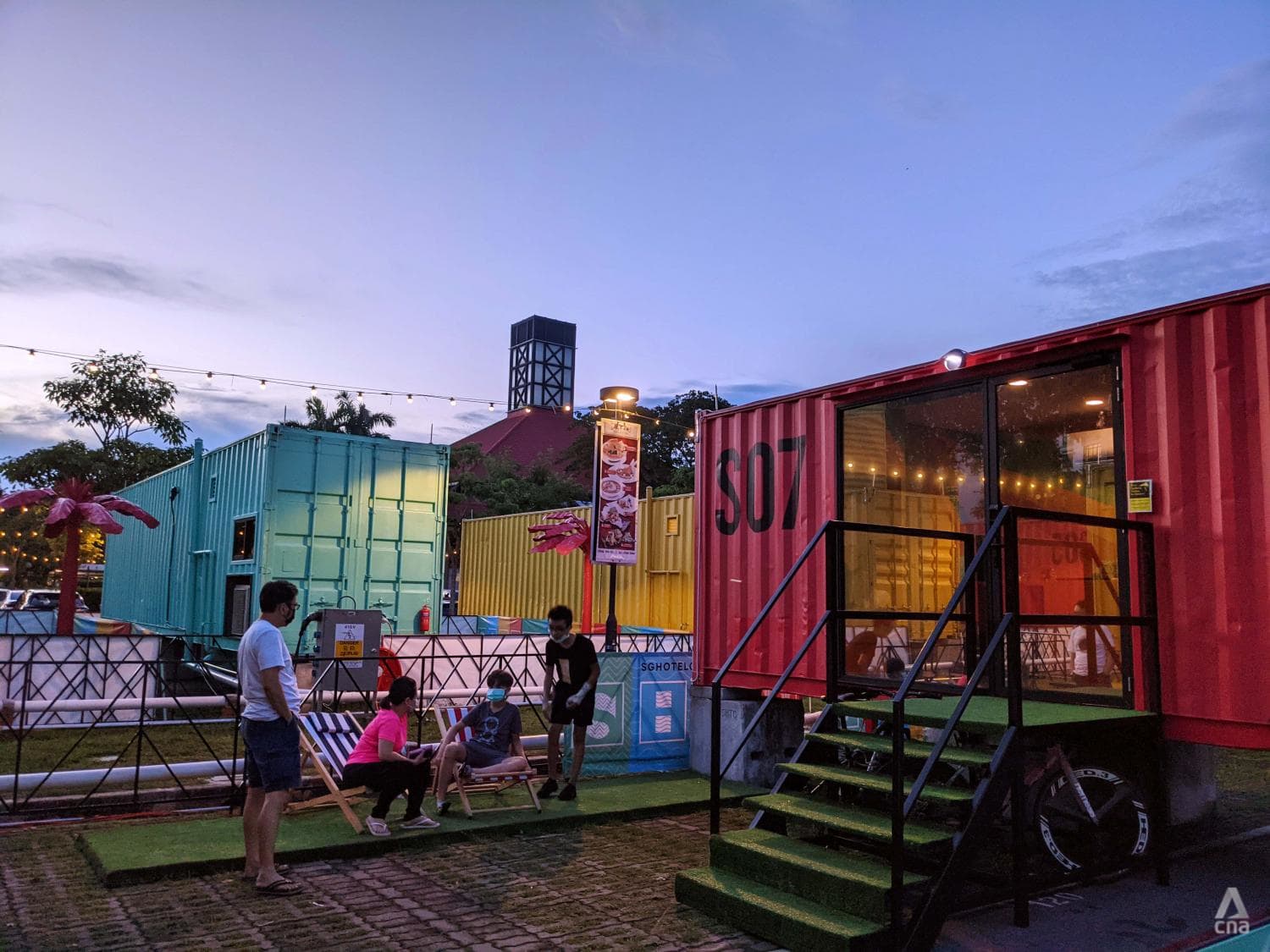 What’s it like to stay at the new container hotel at Downtown East’s car park?

Since the Biden administration announced the lifting of restrictions, 75 per cent of new bookings at three Moxy hotels in Manhattan have come from Europe, said Mitchell Hochberg, president of Lightstone, the real estate company that operates them. Hochberg said he is considering reopening some of the restaurants and bars inside the hotels earlier than expected.

“This is something we’ve been waiting for,” he said. “Neighborhoods like Times Square and Herald Square are suffering because a lot of people have not gone back to work, and those neighborhoods could be activated with more tourists.”

But an influx of international tourists could compound the challenges that businesses have faced with labor shortages and global supply-chain delays.

Hochberg said the hotel was ready to welcome a surge in visitors, despite supply-chain issues that prompted the Moxy to switch shampoo suppliers and led to a temporary shortage of linens, towels and air-conditioning parts. The hotel, like businesses across the hospitality industry, has also struggled to fill its job openings, meaning employees may have to work longer hours this holiday season.

Hotels and restaurants got a boost this fall from the reopening of Broadway theaters, which had been dark since March 2020. The Broadway League, a trade association whose members include theater owners and producers, has not released weekly sales or attendance data since then, but Charlotte St Martin, the group’s president, said that most of the 77 performances in September were sold out or close to full.

During the 2018-2019 Broadway season, a record 2.8 million international visitors attended a show, accounting for 19 per cent of total attendance that year, according to the Broadway League.

“Since Broadway reopened, it’s definitely helping,” said John Fitzpatrick, who owns two hotels in Midtown. “But we need the international travellers. They come during the week, they stay longer and they have an expense account.”

This article originally appeared in The New York Times.